2019. In the Jharkand region of north-east India, the earth burns and the ground collapses since more than a century. A gigantic coal deposit is consumed by underground fires, forcing villagers to flee further and further. Open pit mines, mainly operated by the government under the acronym BCCL and private companies, have replaced the underground galleries of yesteryear to increase productivity. The land is being privatized and the population, who used to work legally in the mines, is forced to collect coal at dawn when police are not present at the extraction sites. These new exploitations pollute the water, destroy the forests and impoverish the land, but India’s energy autonomy is the number one priority and the population is neither consulted nor taken into consideration.

In the early morning, men, women and children multiply the journeys between nearby mines and their village to collect as much coal as possible in a minimum of time. They slalom on steep and rocky trails carrying baskets weighing up to forty kilos. Then a long combustion process begins to extract the noxious materials from the coal (carbon monoxide, sulfur dioxide, mercury ...) and turn them into "soft coal", a marketable ore. To obtain it, and despite the obvious health risks, the thick black smoke from the burns emerge in the middle of the houses of each village and pollute a little more air already saturated with toxic substances.

After burning for 6 or 7 hours, the coal is bagged and loaded on bicycles. The pushers, solo or in teams of 2, carry up to 400 kilos of coal for about ten kilometers before reselling it in the shops of Jharia or in the black market of Dhanbad. This Herculean work earns them 2 to 3 euros a day.

A multitude of villages, mainly surrounding the city of Jharia, are threatened by flames and landslides but the phenomenon is too important to be contained. Moreover, this disaster is an excellent pretext to evacuate people, reclaim the land and expand coalfields without raising protests. Thousands of families, literally and financially on the brink, are desperate for help. A government-led rehabilitation operation is underway, but their program is falling behind. 100,000 families must be urgently moved, while Belgaria, a new agglomeration built between 2008 and today, can only accommodate 7,000 of them. To date, two construction phases have been completed and four others are under construction. These apartments are supplied with water and electricity but Belgaria is about twenty kilometers from Dhanbad and nobody wants to settle there. There is no work and no transportation. The relocated, isolated and idle, live on an allowance of 300 rupees (4 euros) which is paid to them for 500 days before ending up in misery without exit door. 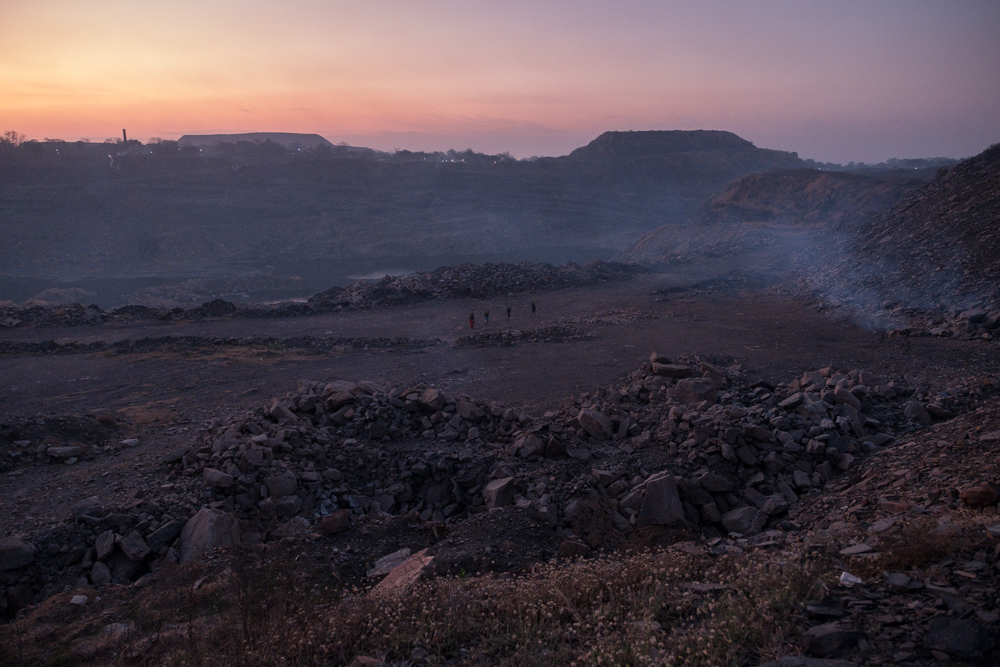 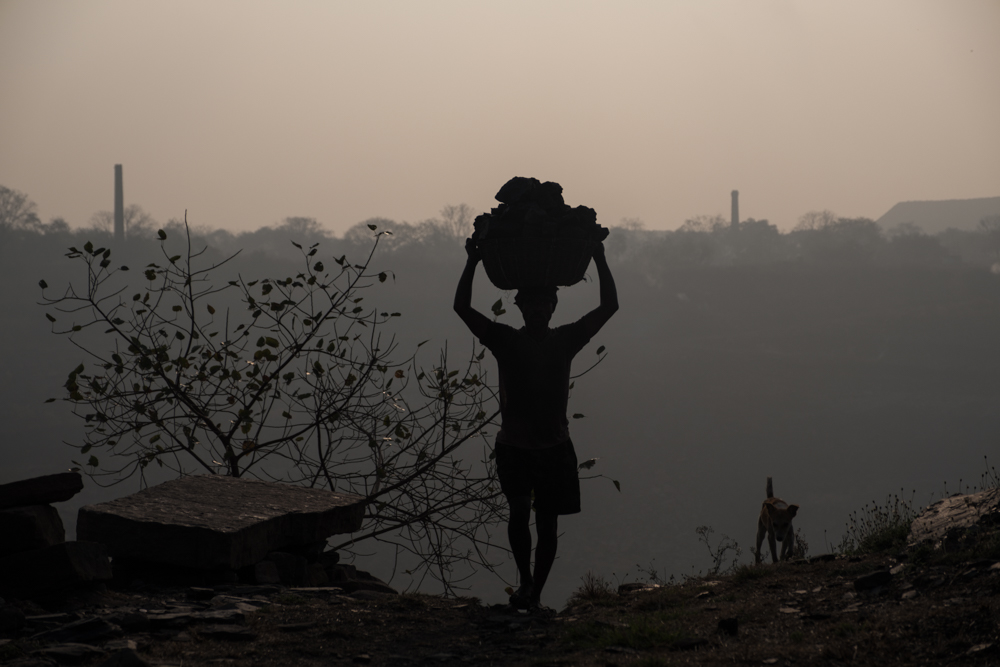 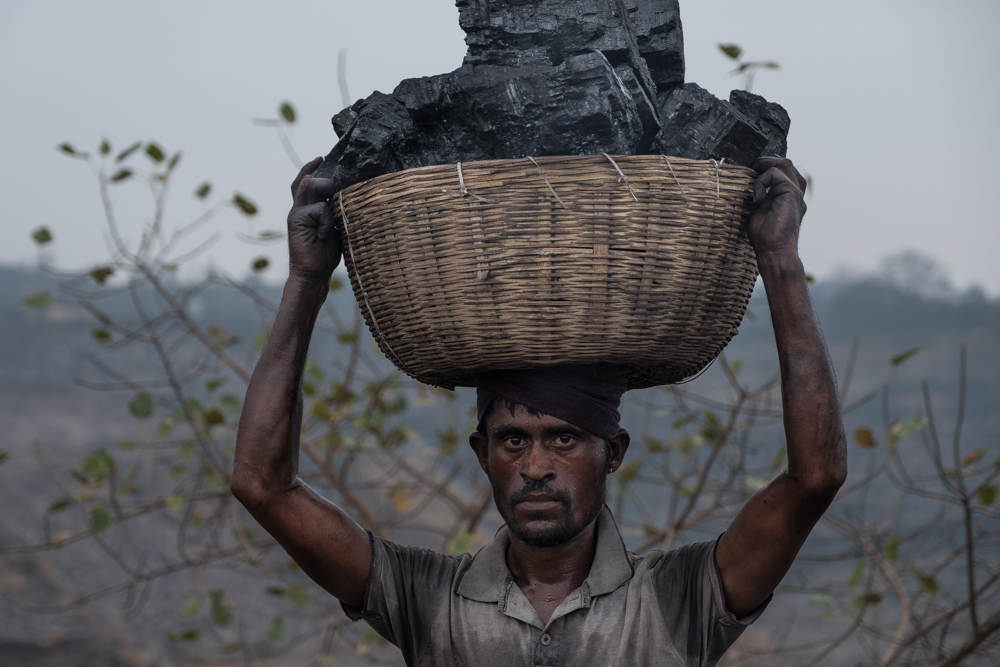 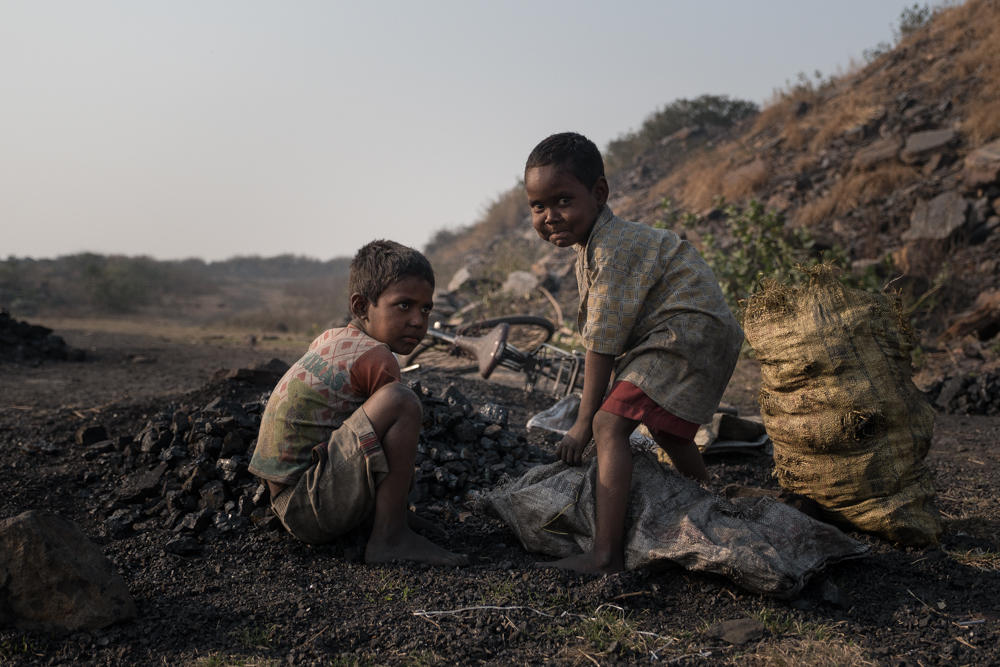 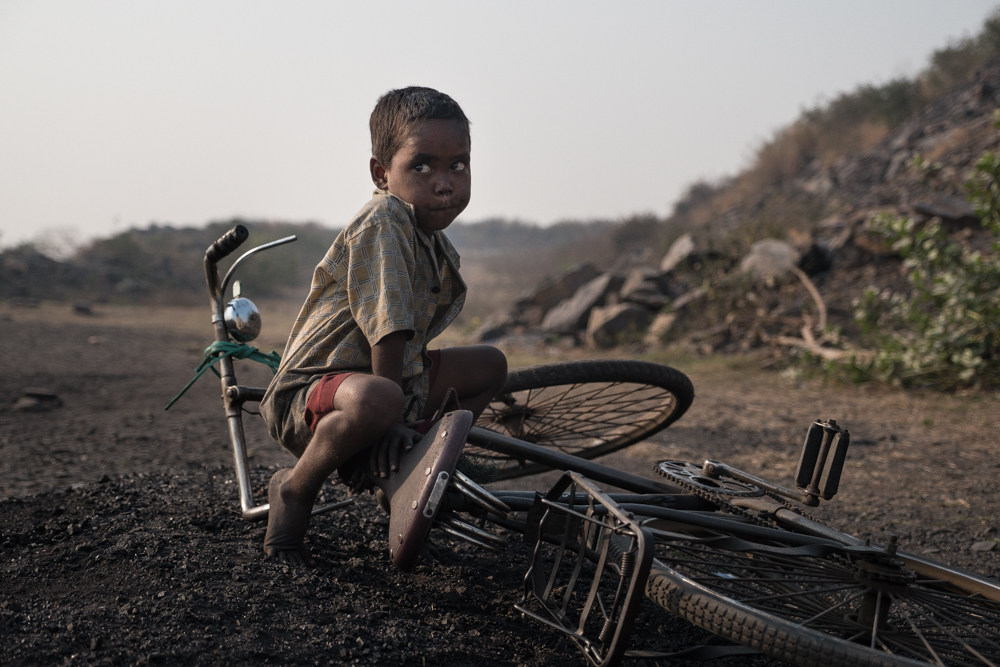 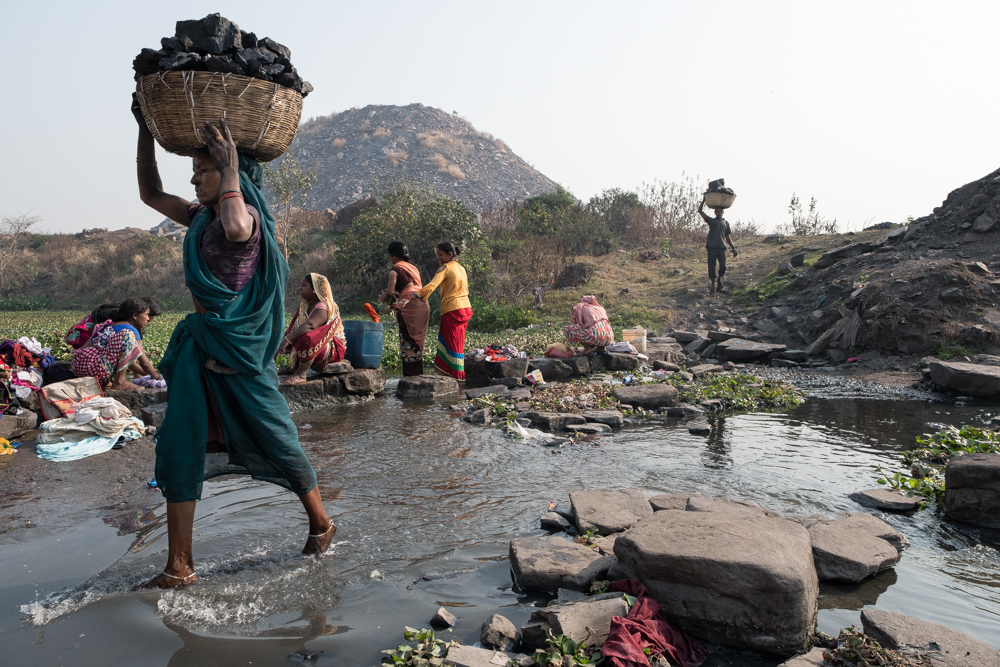 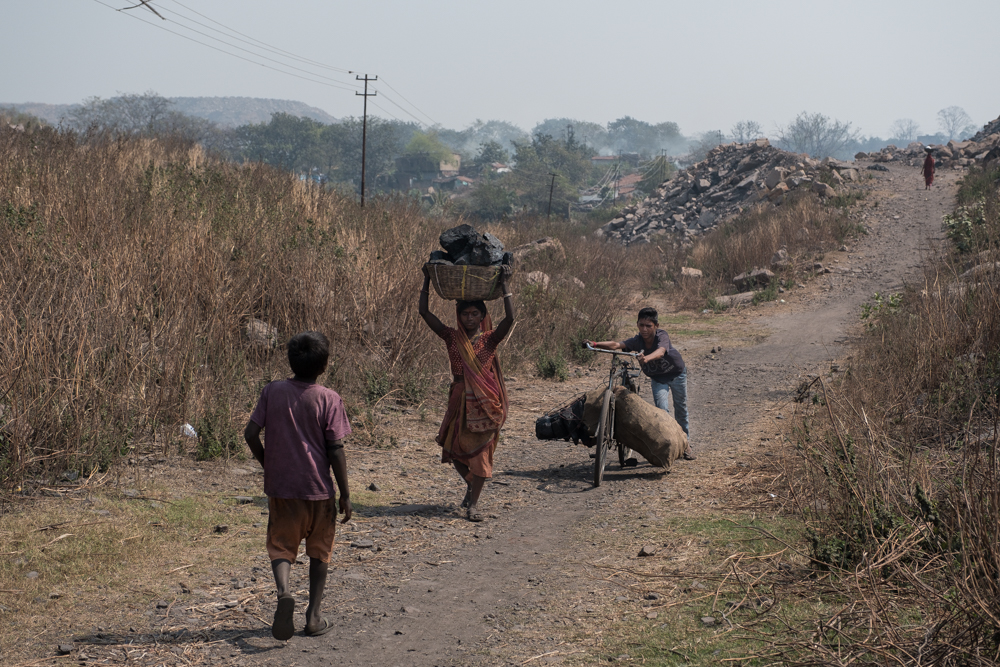 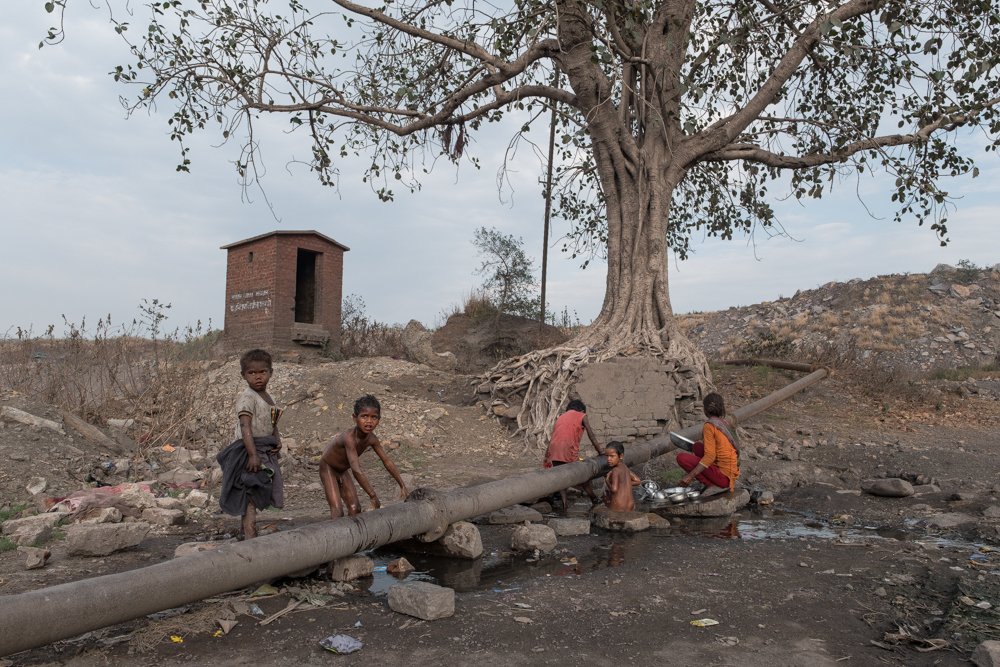 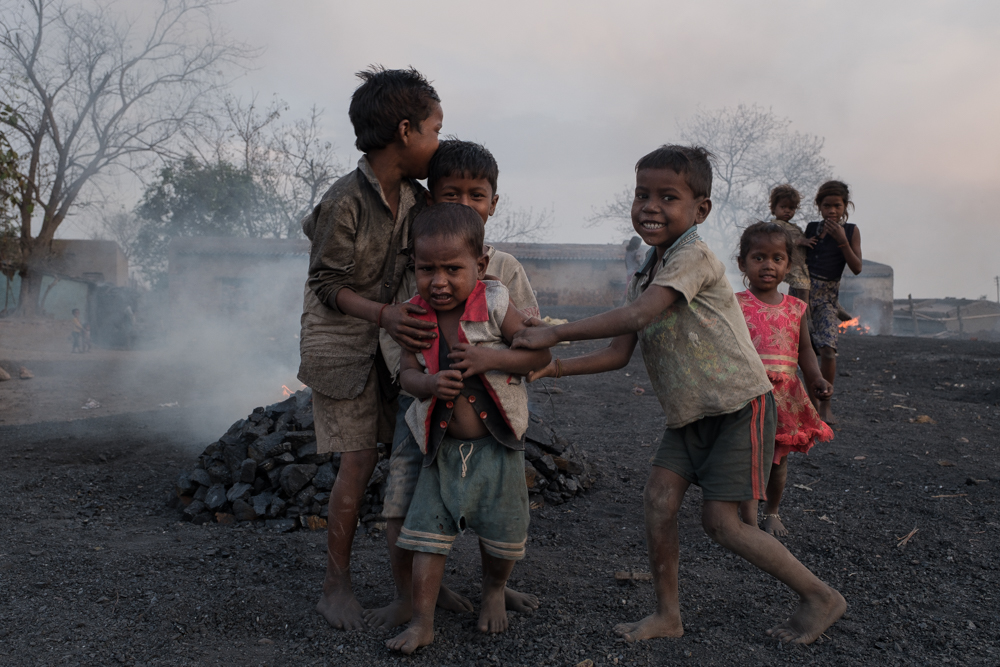 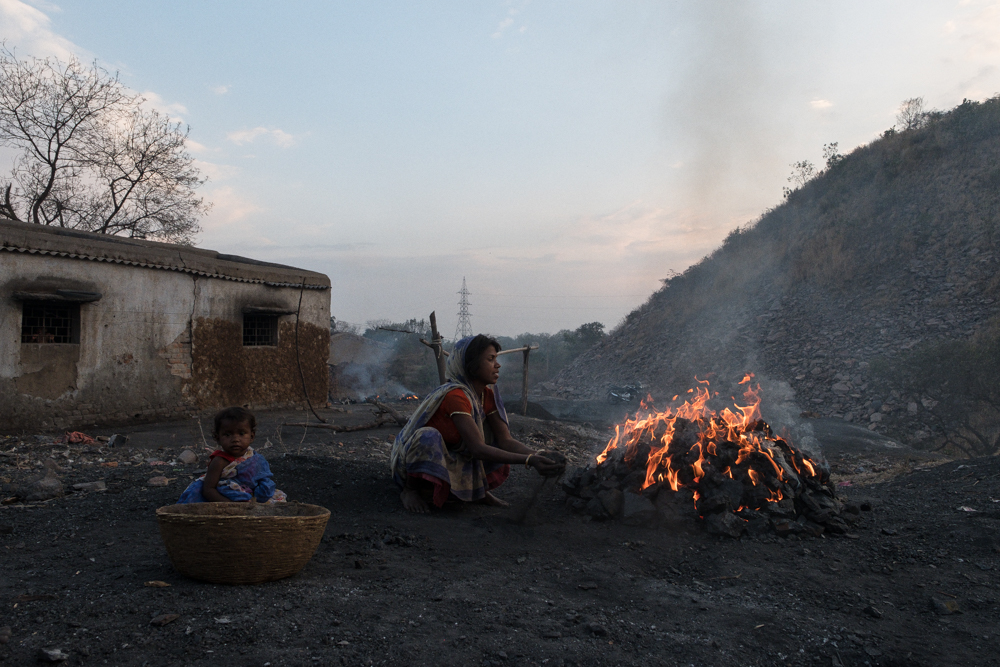 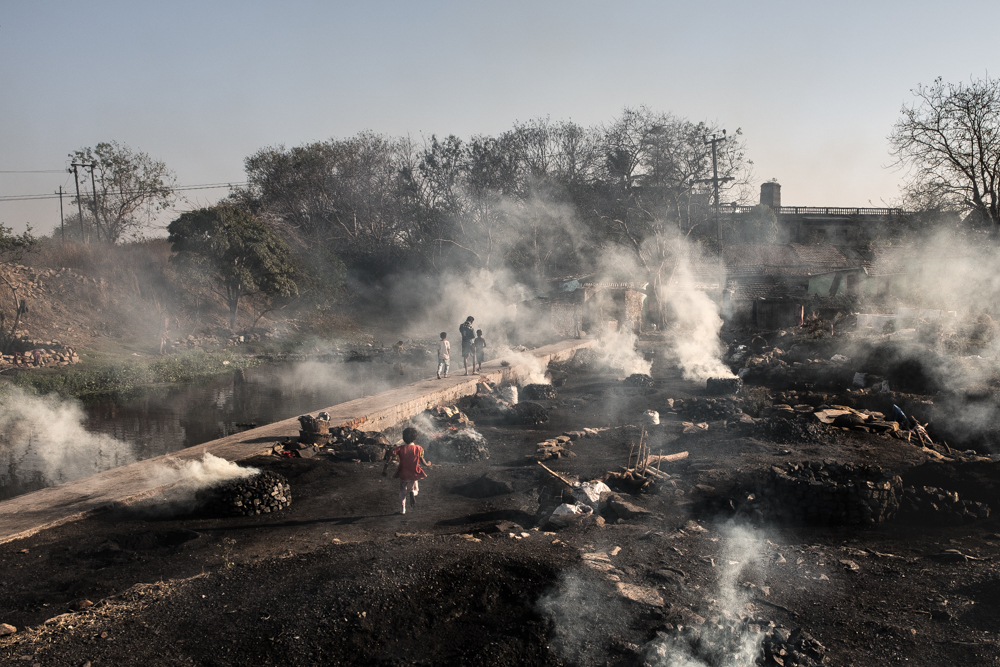 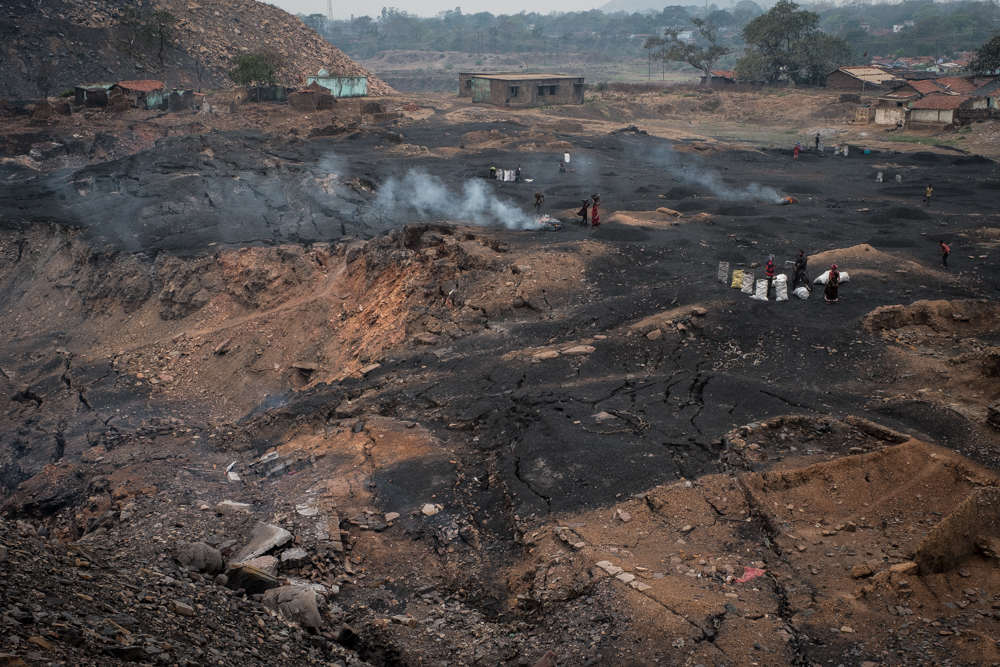 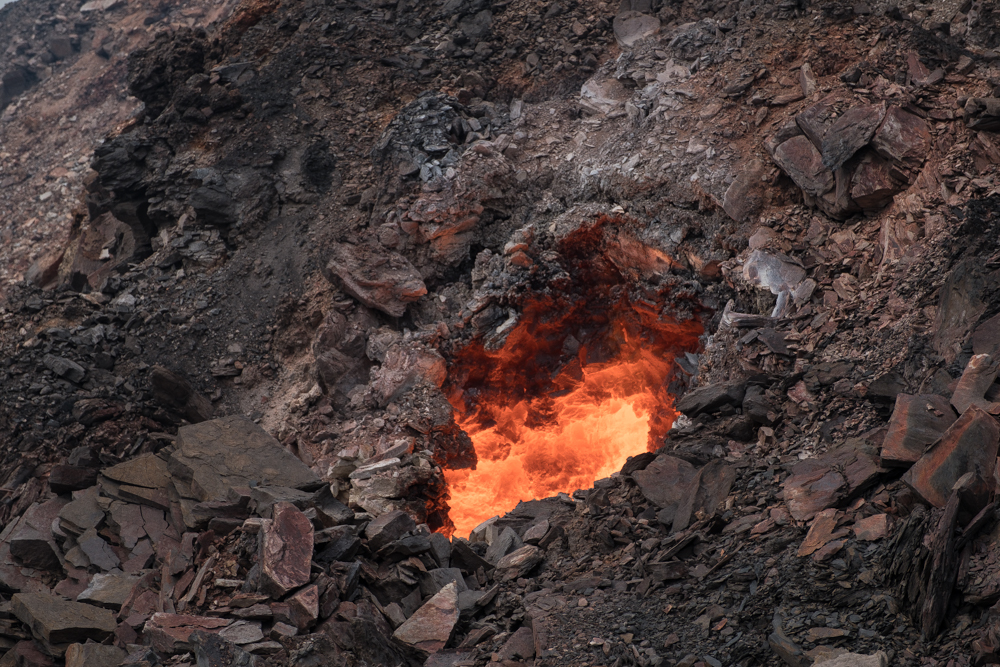 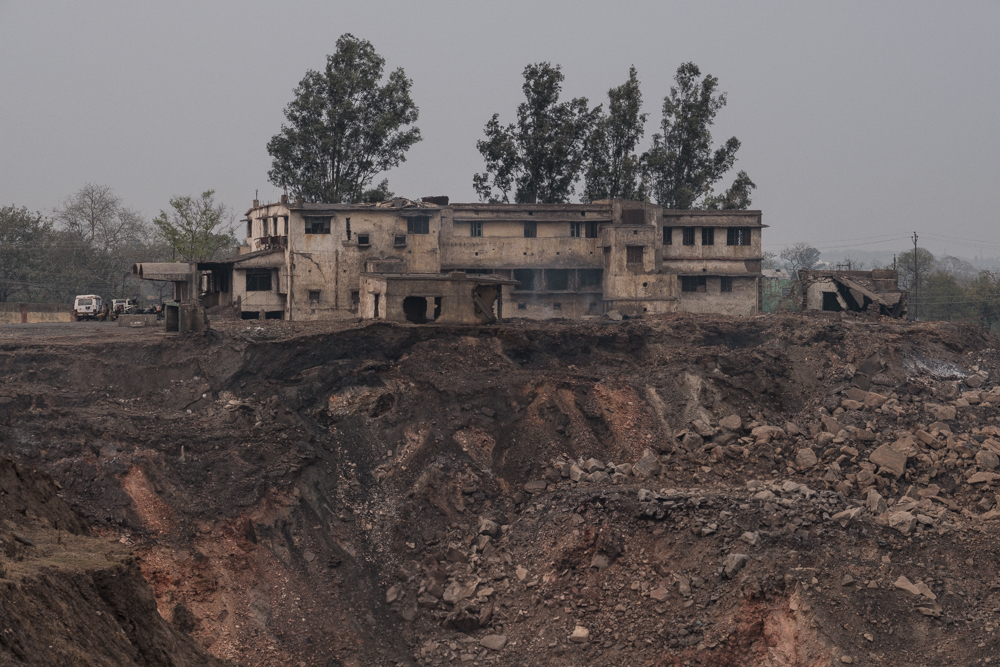 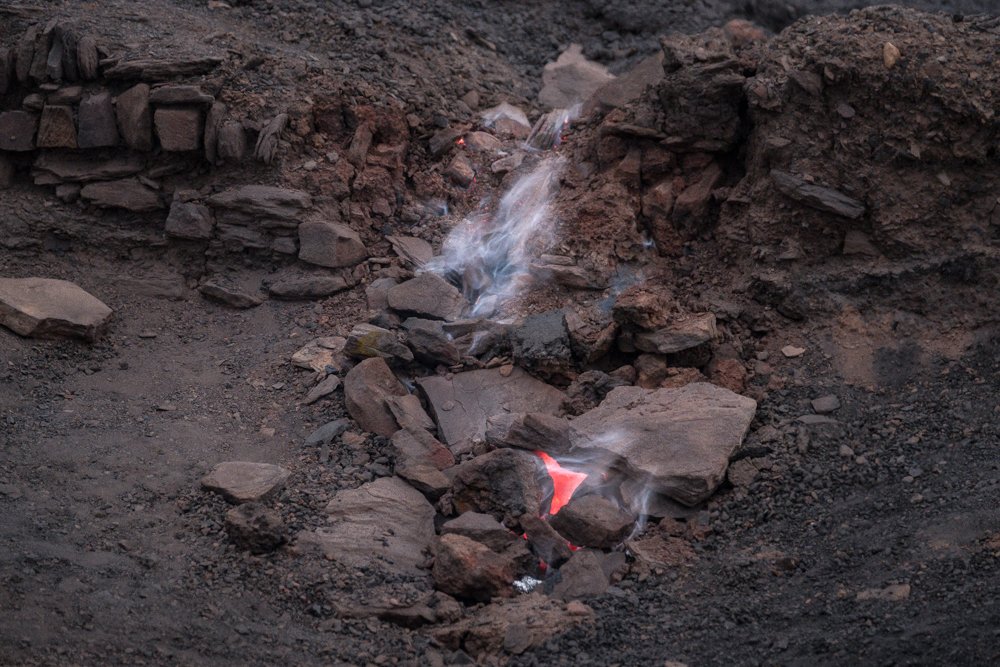 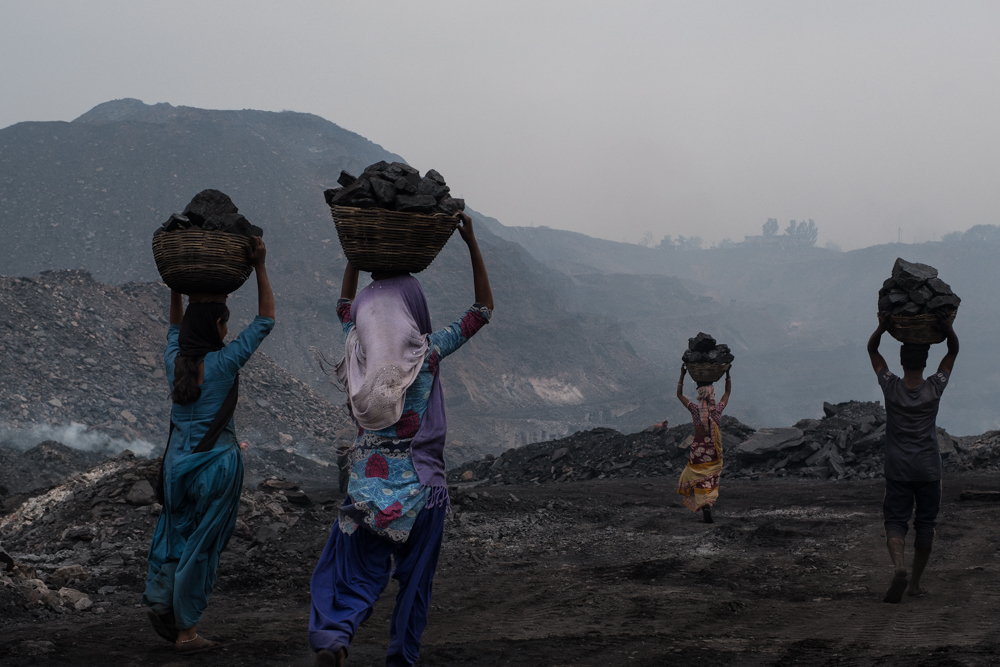 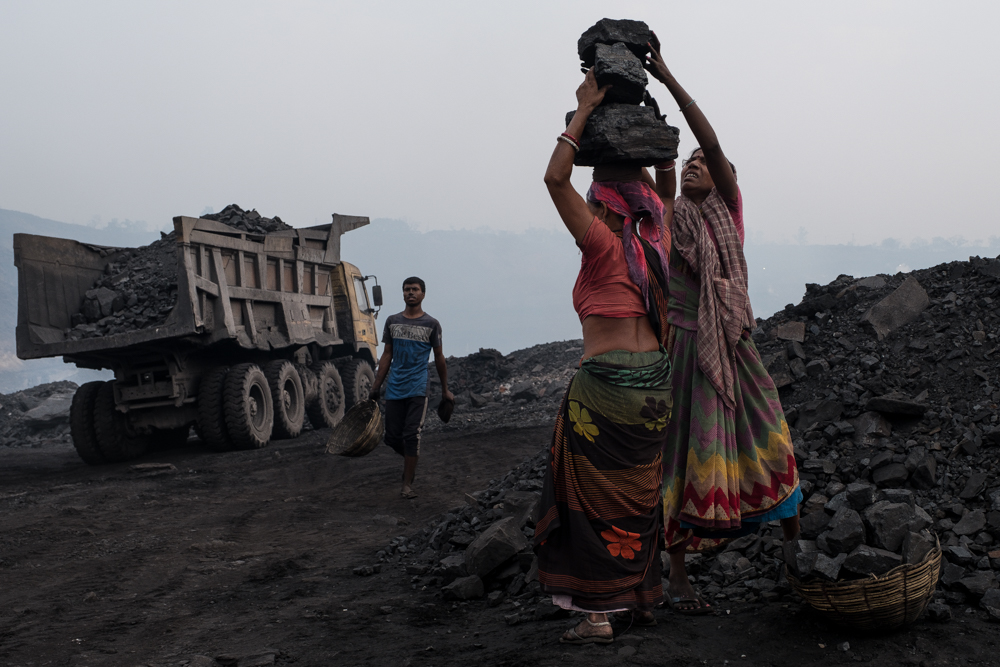 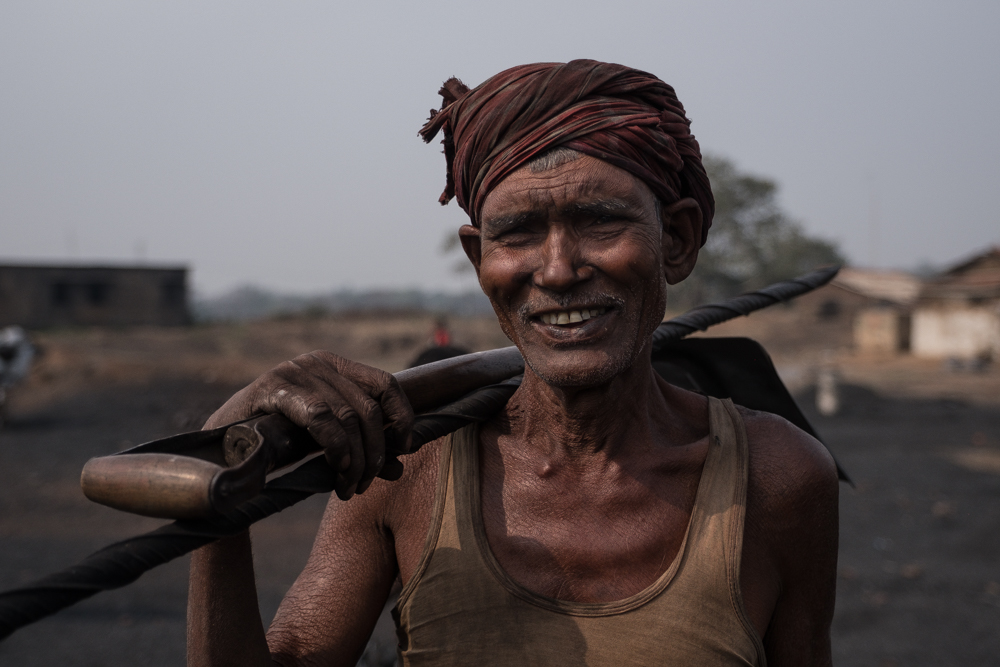 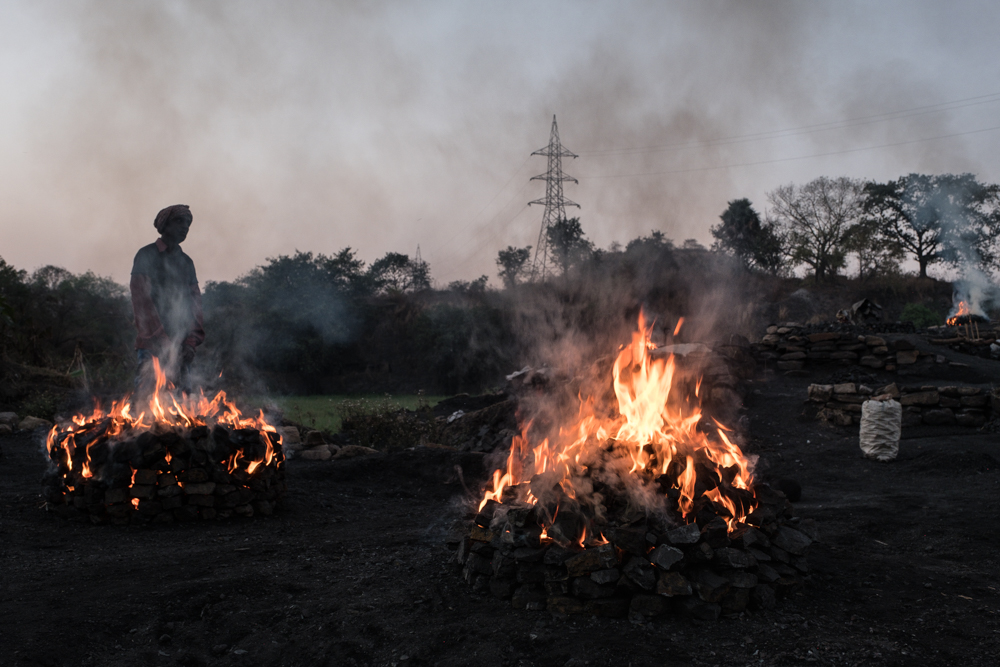 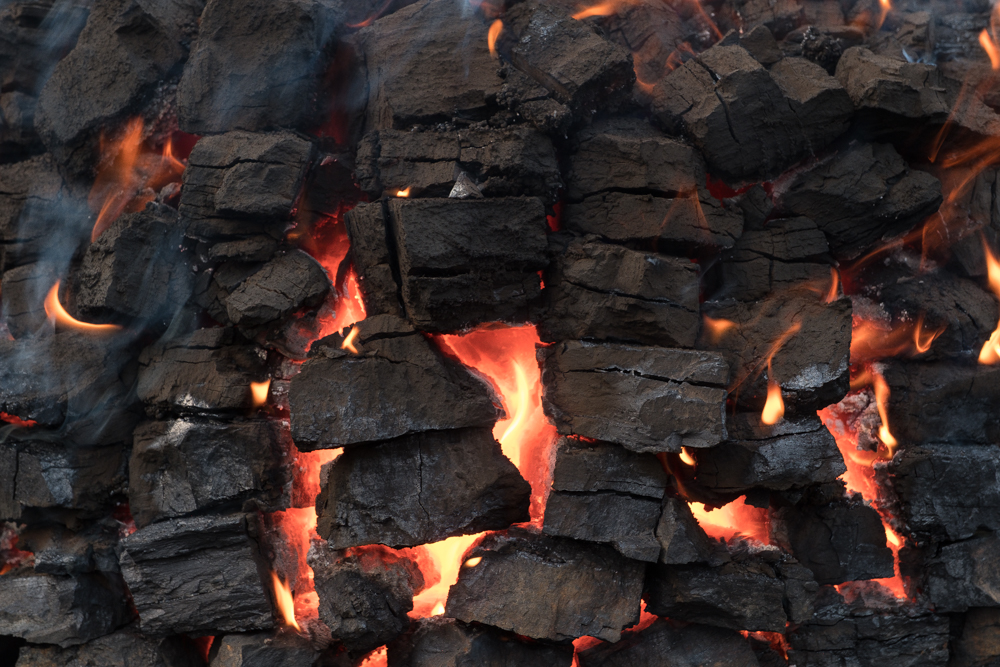 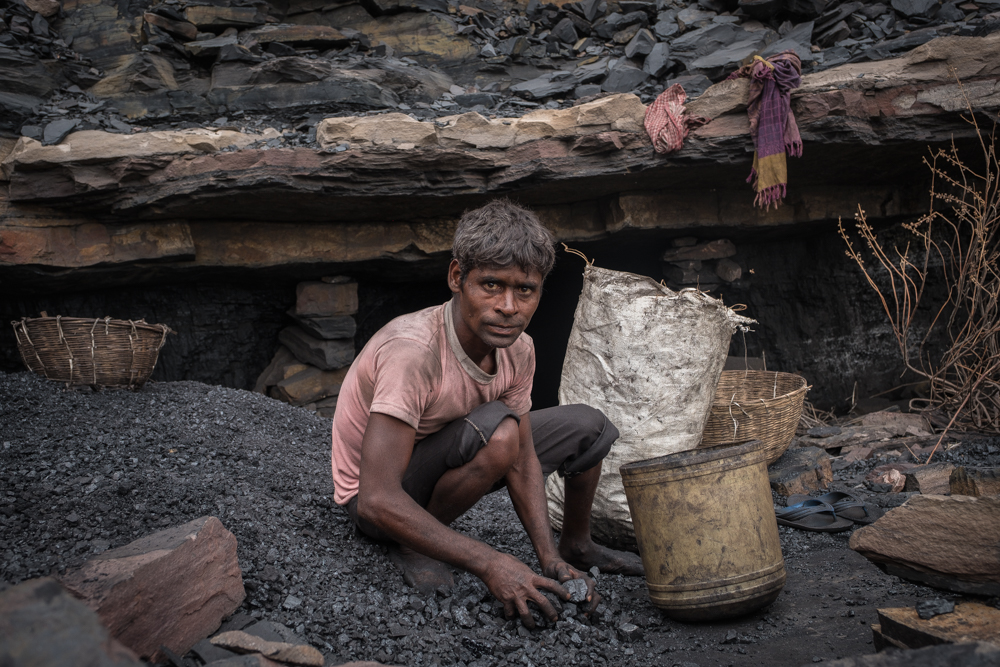 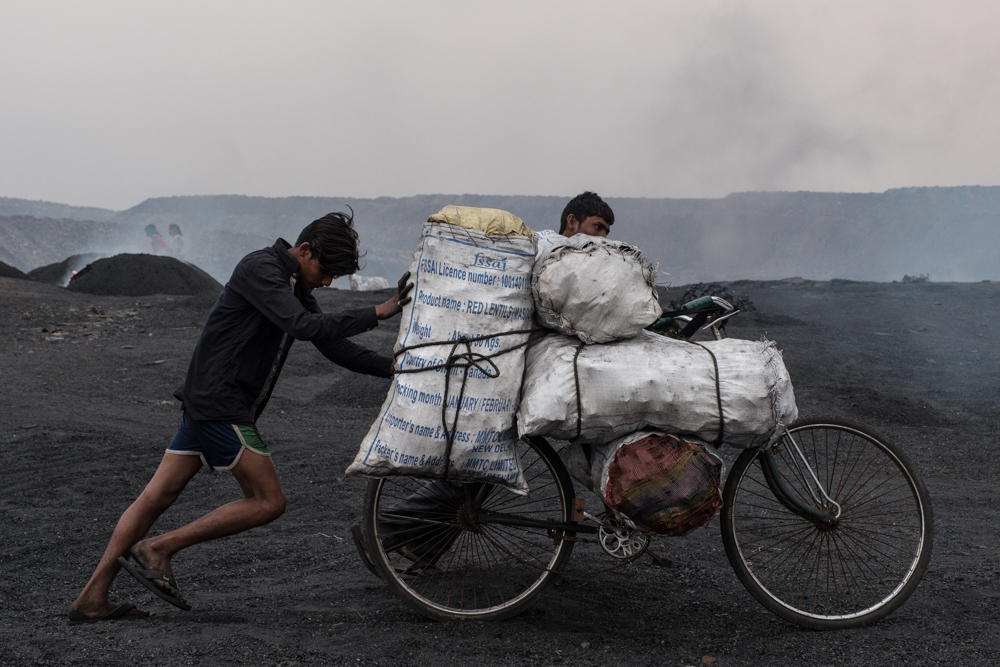 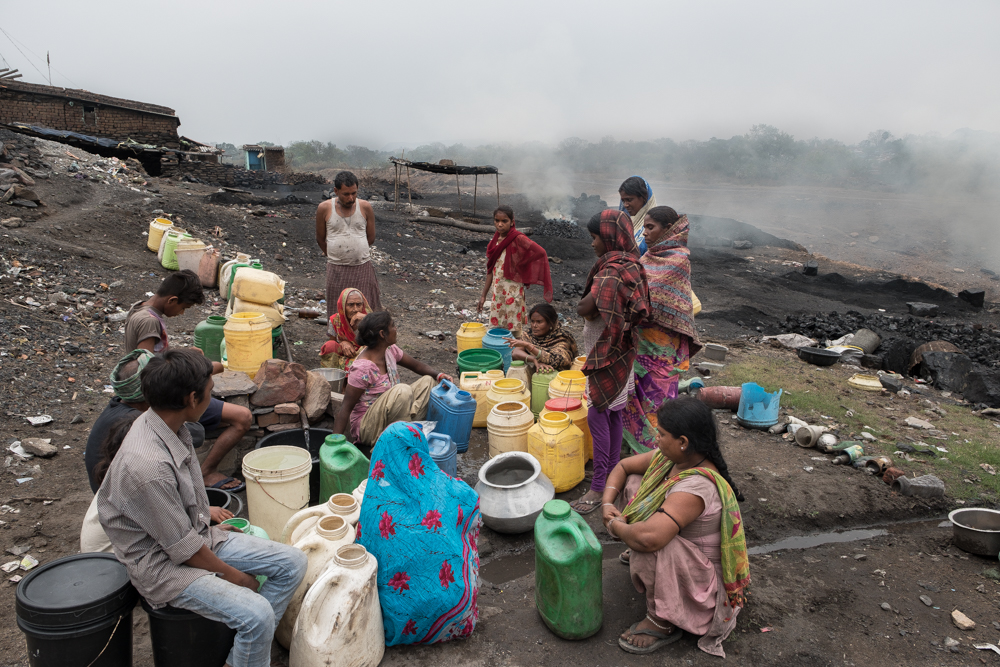 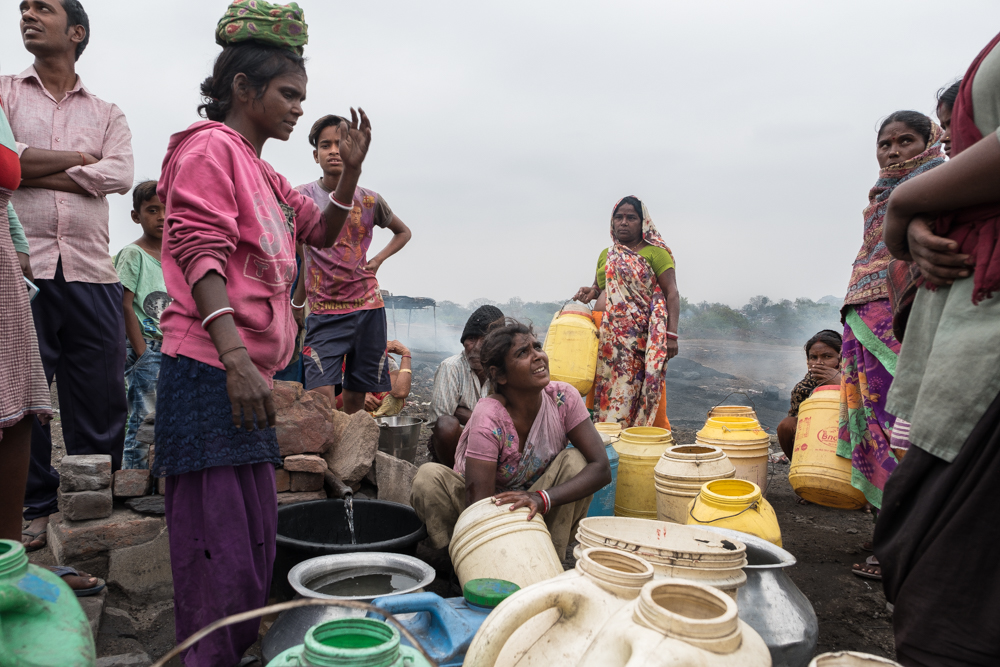 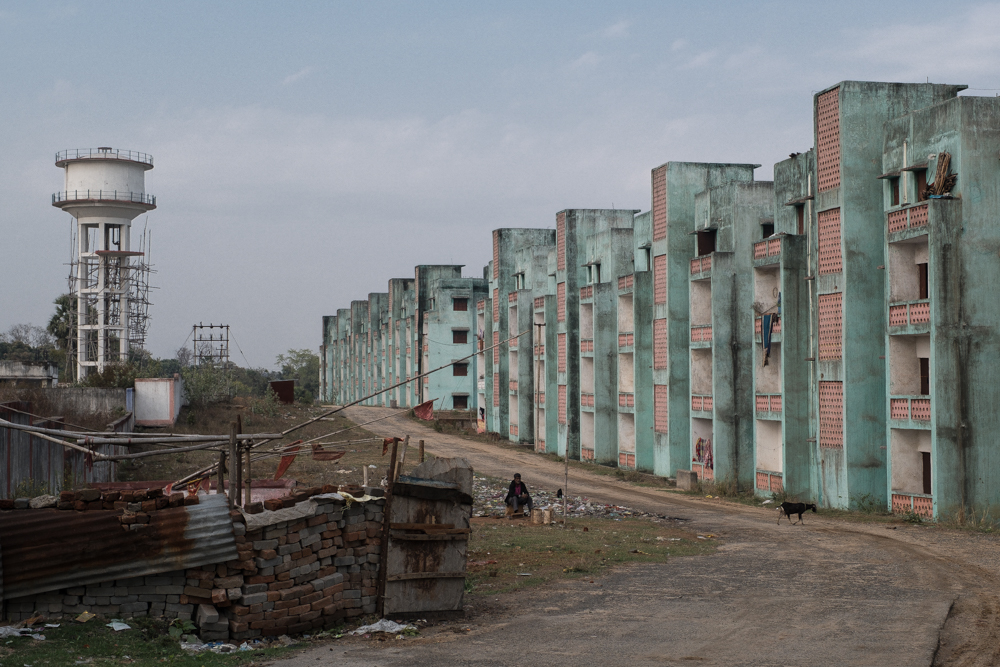 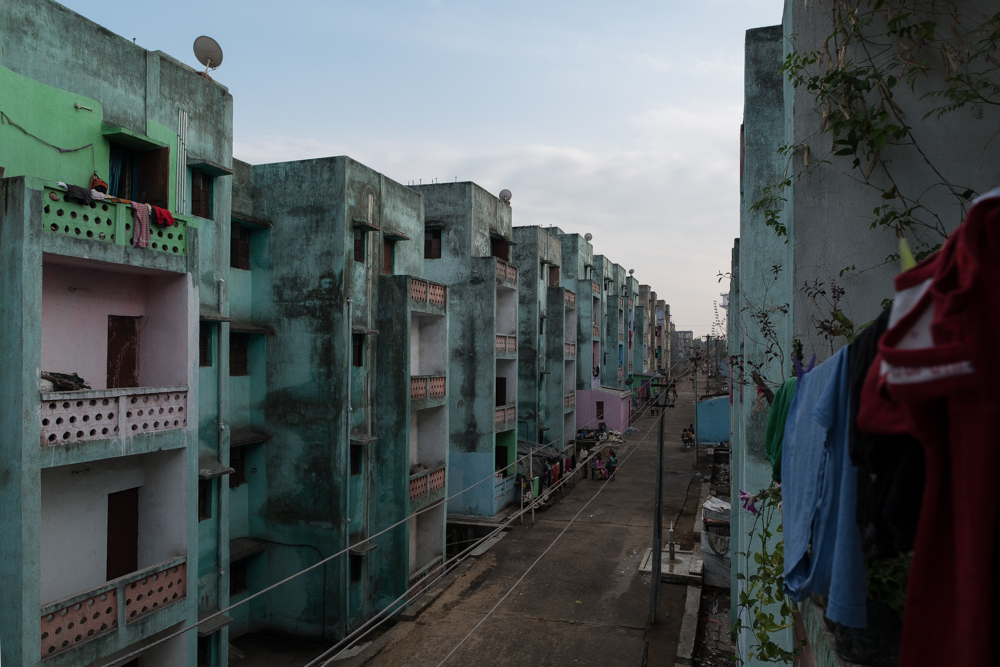